The Results of my Survey

Hey MTGCS! A couple days ago, I put up a survey so I could figure out how to better cater my set and product designs to the MTGCS community, since you all are the ones who I share my custom card designs, custom sets, and fan products with. I got 30 responses to the survey, which honestly is more than I had hoped for, so I'm super happy about that, and I figured that I'd share some of the results of the survey with you all, especially since some of you have requested it. I'm going to largely pass over the free response questions, since it's hard to share everyone's responses to those and a "bite-sized," easy-to-process manner, and they were more added to provide clarification and give people a chance to explain their answers to the question being posed. I might do a followup to this with better written analysis of the free-response questions (I, of course, have read everything, it's just been a challenge trying to figure out a way to explain everything without word-dumping), but right now I just want to share my findings overall from the survey. 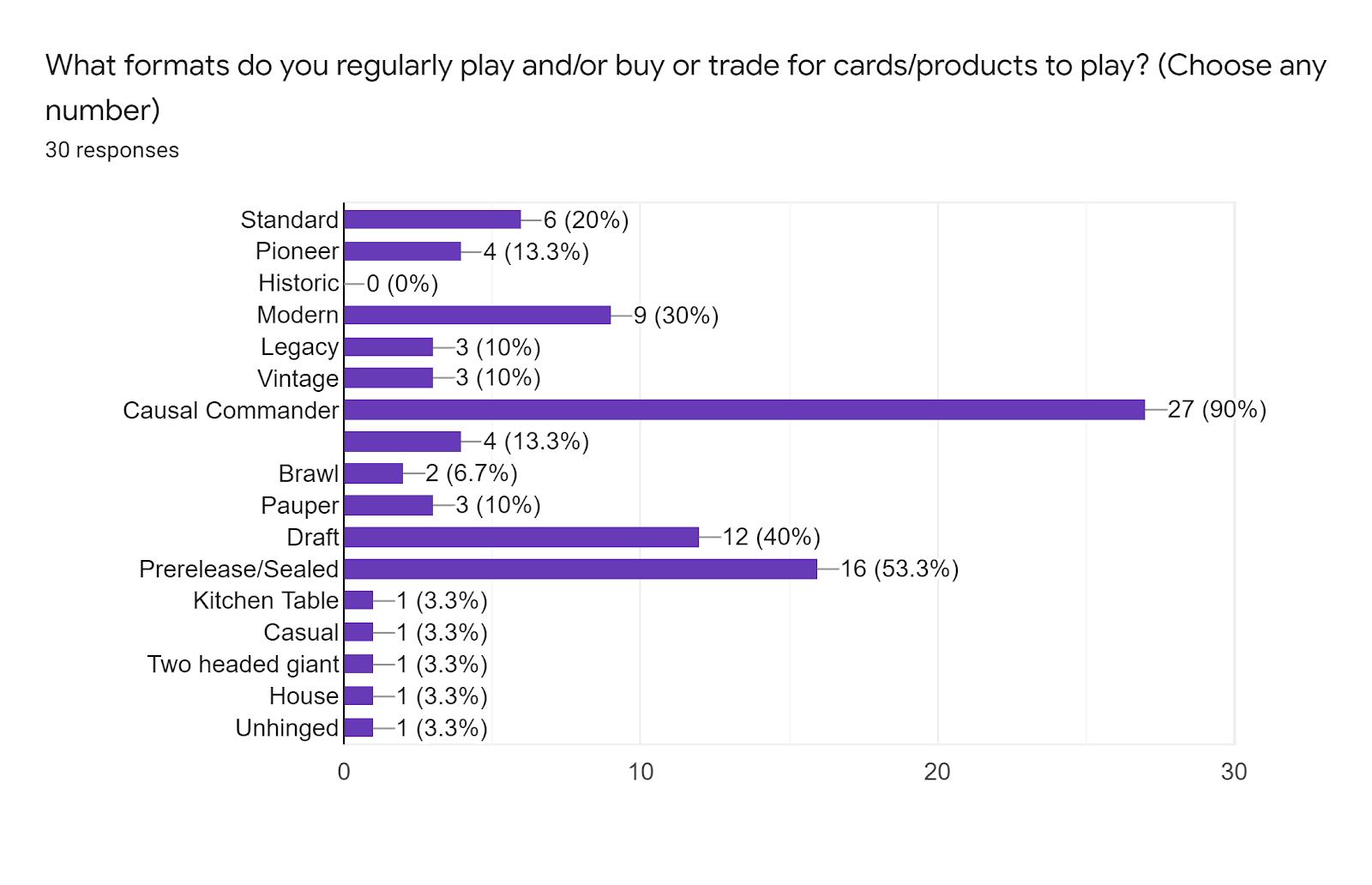 (The category without a label is Competitive Commander. All the categories below Preleased/Sealed were write-ins from the "other" category on the google form.) 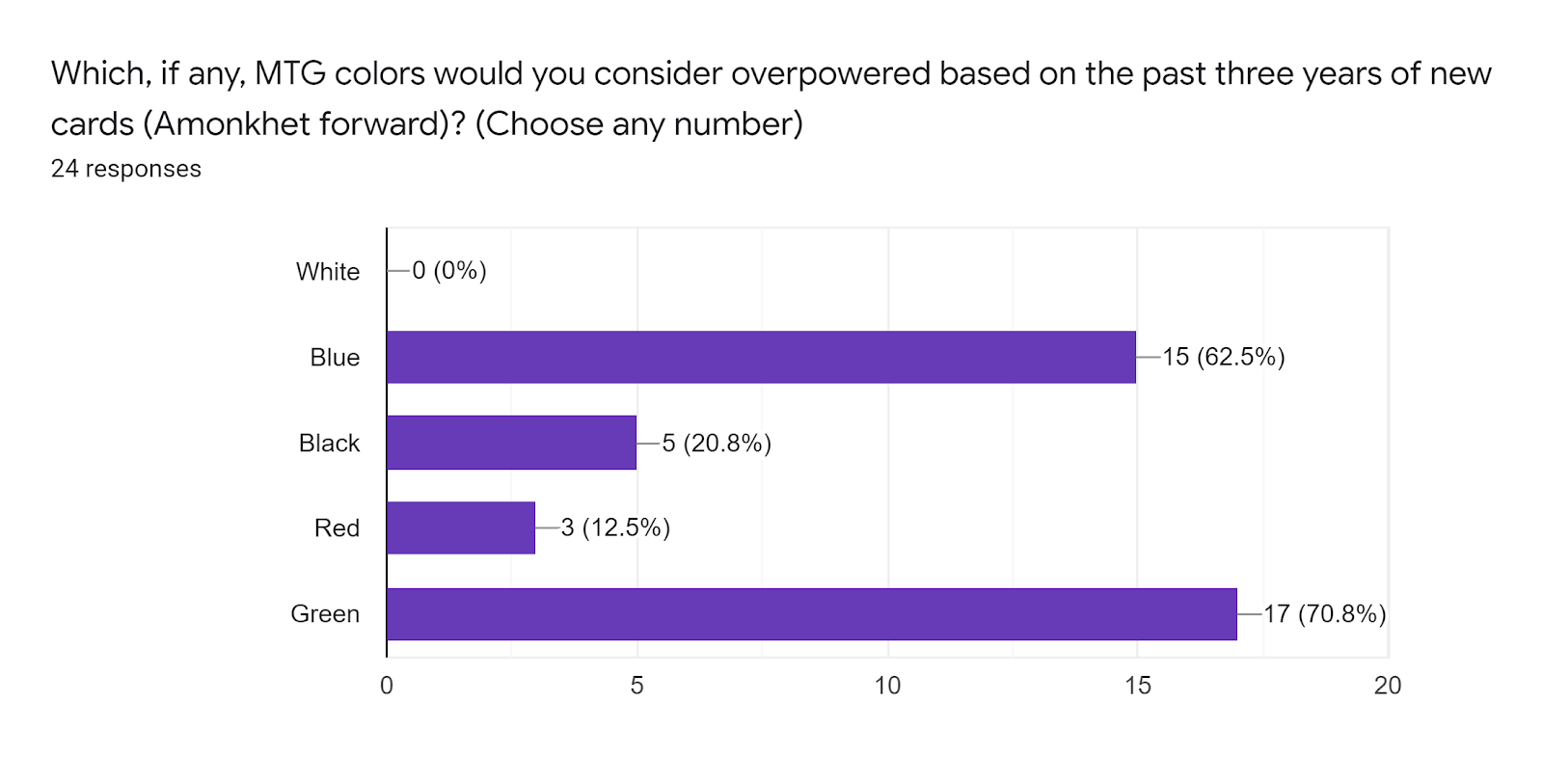 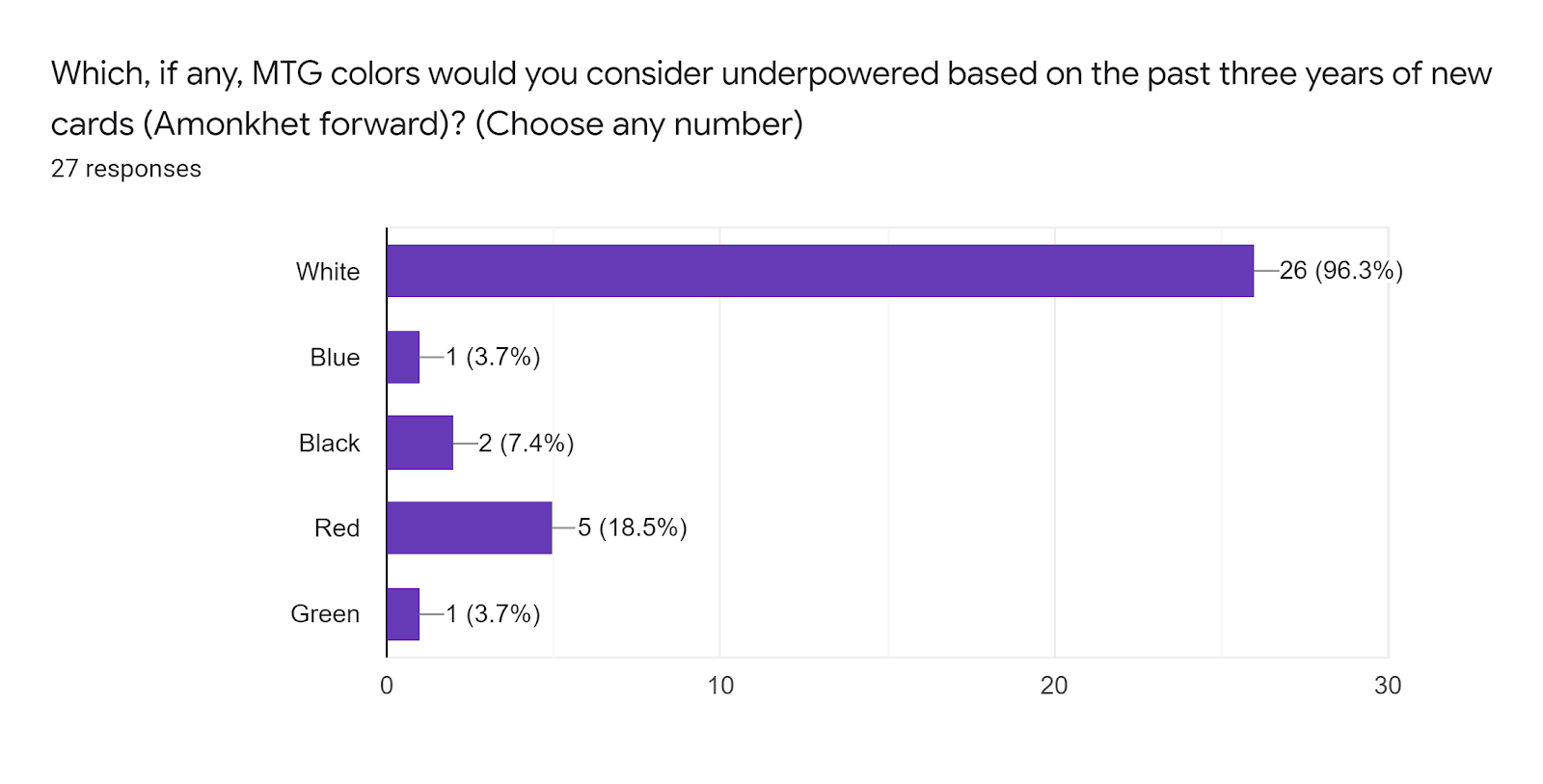