Suleman
February 28 edited February 28 in Custom Card Sets
Custom cards based on the classic Street Fighter fighting game franchise!
I've been making these cards on-and-off over a few years, so some of the older ones could use some tweaking. I'd appreciate your feedback!

Since the games are based on one-on-one duels between colorful characters, these are almost exclusively legendary characters and planeswalkers. As such, they don't translate perfectly to a regular magic the gathering set. This also applies to the colors: For example, there aren't terribly many blue-appropriate characters in Street Fighter, so balancing the colors equally likely won't be possible.

Mechanical themes:
Since the characters are radically different, they incorporate very different mechanics. However, since they're based on a fighting game, there is a clear emphasis on kicking butt. Most characters have battlefield-related abilities rather than ones related to deck manipulation or ramping.
To simulate resources like the super or ultra meters in Street Fighter 4 or the V-Gauge in Street Fighter 5, some of the characters have abilities that require removing either a +1/+1 or a -1/-1 counter. This means the player can't just spam the activated abilities endlessly.
Also, the way those characters accumulate counters is different. Sagat is clawing his way back after a humiliating defeat, so being damaged fuels his rage. Meanwhile, Sakura learns by imitating others, so she can accumulate counters when other characters do.
Another way to simulate limited resources is exerting. This is mostly a green and red ability in this set.
Many characters in Street Fighter have projectile attacks, so a lot of these cards have a damage-dealing activated ability with red in its mana cost. This is pretty unimaginative, but I had trouble figuring out alternatives.

All that being said, I'm going to start listing cards by color. First the individual colors, then multicolors after that. There's a ton of cards, so to keep things simple, I'm only showing some of them here.  The rest can be found here:
https://mtgcardsmith.com/user/Suleman/sets/35083


White
These characters value training, justice and self-control.
They include martial artists seeking self-improvement, as well as soldiers and heroes fighting for justice.
Many of these characters can gradually grow with +1/+1 counters. 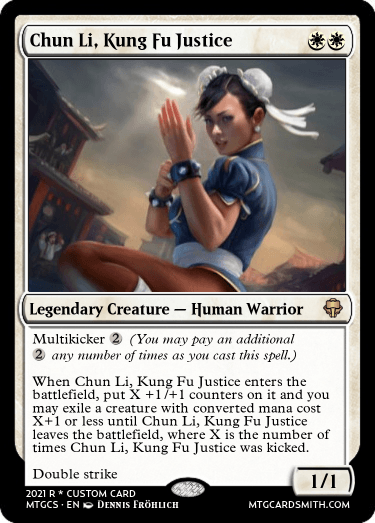 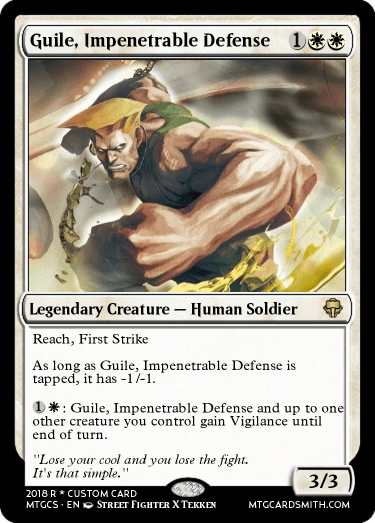 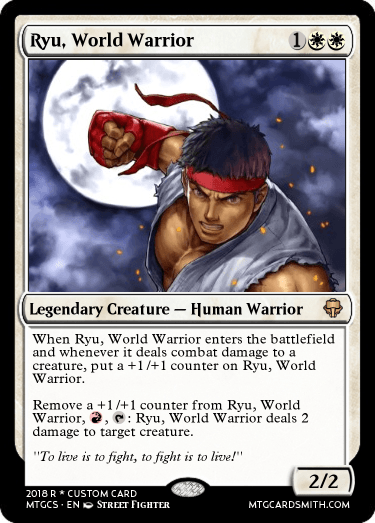 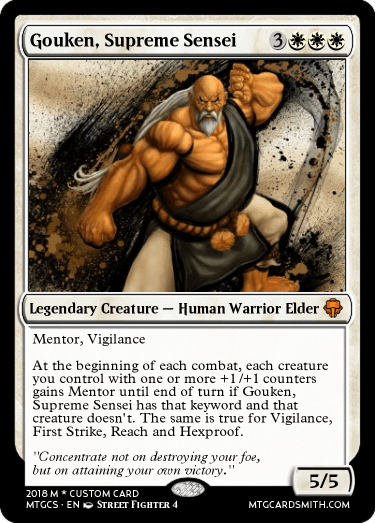 Blue
These characters value their smarts and mental abilities over physical might or strict training.
They include spies and users of technology or psychic abilities.
Many of these characters can bypass blockers.
(Rose's rarity should be Rare) 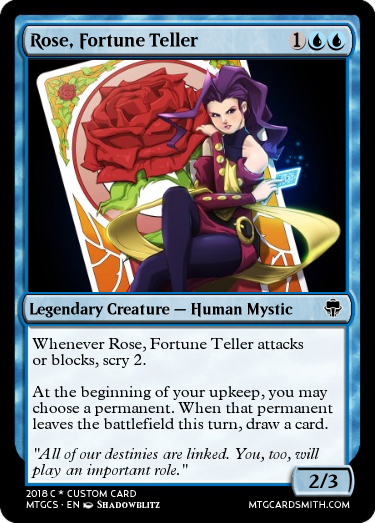 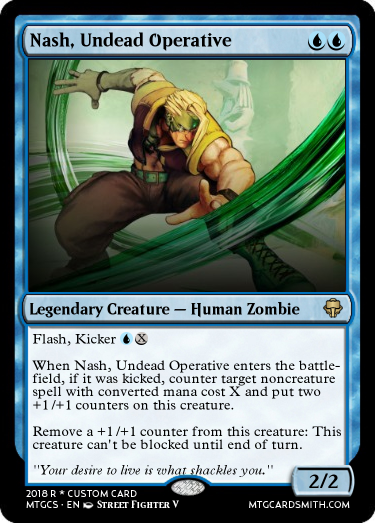 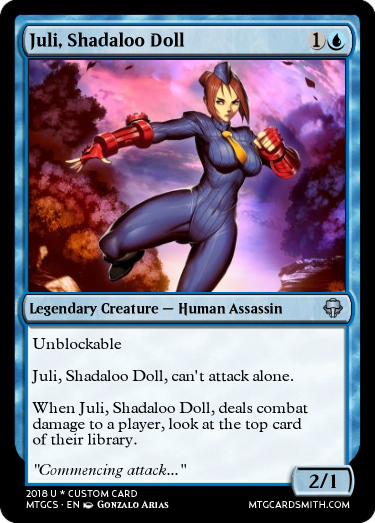 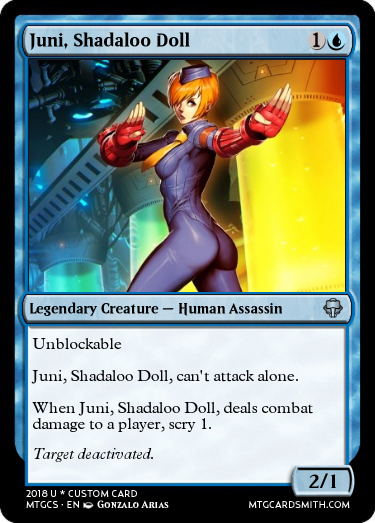 Green
These characters value nature, their natural instincts and the strength of their own bodies.
They include people living outside of civilization and fighters who have trained their physical strength for its own sake.
Many of these characters can exert themselves to gain powerful temporary boosts. 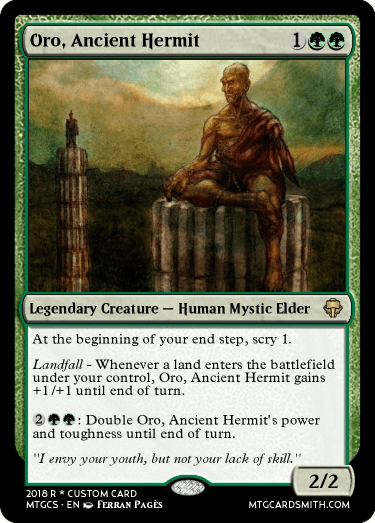 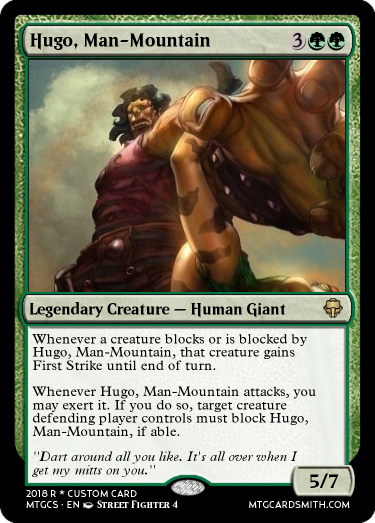 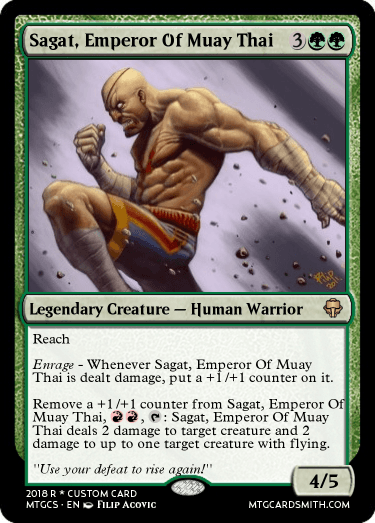 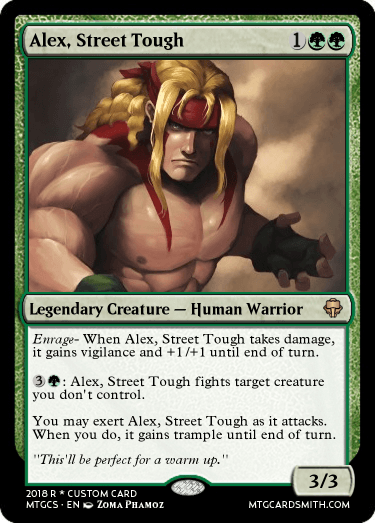 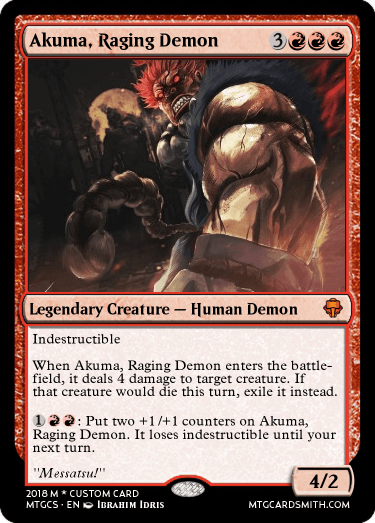 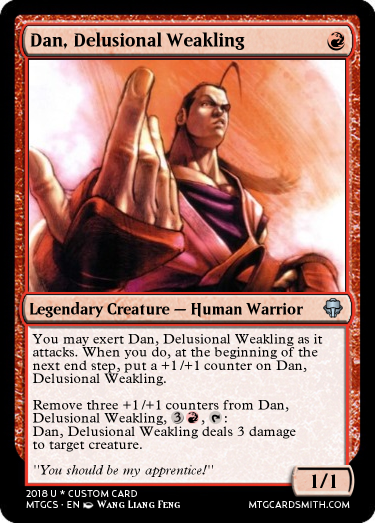 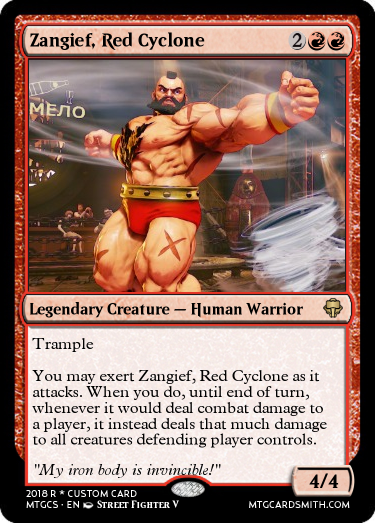 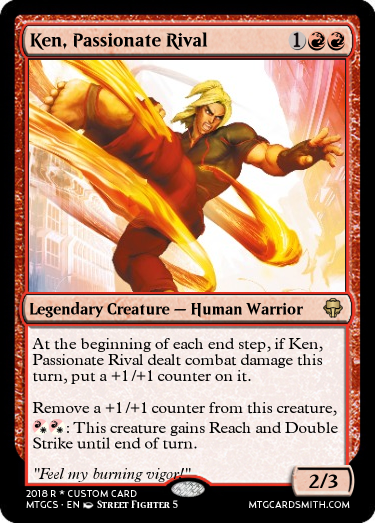 Black
These characters value selfishness, cruelty and power over others.
They include assassins, thugs and tyrants.
Many of these characters put -1/-1 counters on other creatures or benefit from -1/-1 counters in some way. They also have their hands up for some reason, what's up with that? 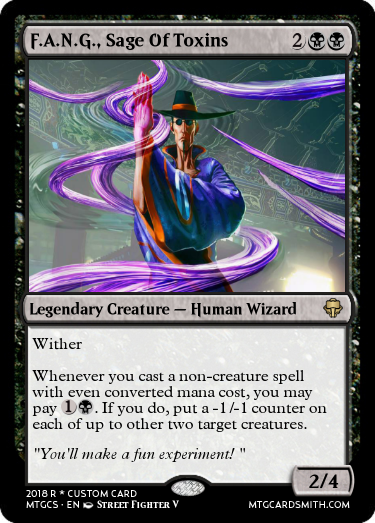 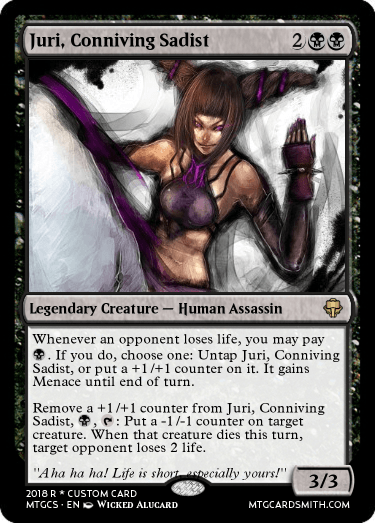 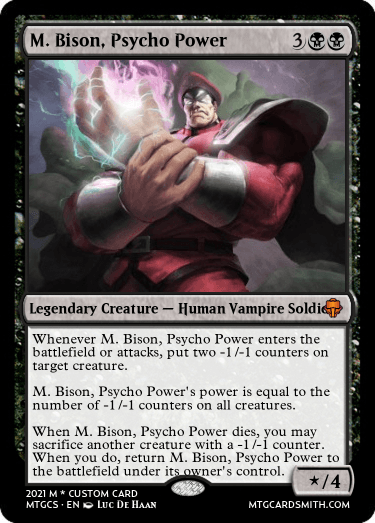 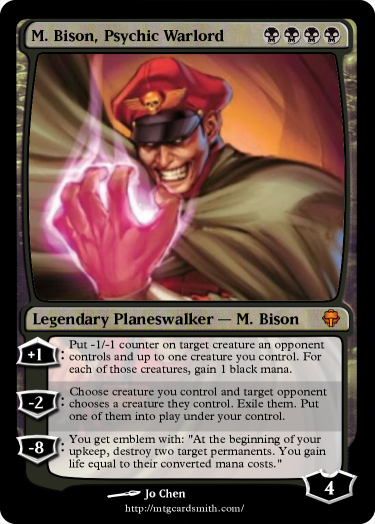